Psst … Your Garden, Cereal, and Chips Share a Dangerous Secret

(AscendHealthy.com)- What do a bowl of Cheerios, a bag of Doritos and a tidy garden have in common? All three might be exposing you to measurable levels of the popular weed killer, Roundup. Even worse, the product’s safety has become a hot topic of debate, with some researchers claiming it can cause celiac disease, endocrinological dysfunction and cancer.

Weed Killer in Your Cereal

You may be getting more than what’s listed in the ingredients with your favorite snack or breakfast cereal. Over a hundred consumers are waging a class-action lawsuit against General Mills for having harmful levels of Roundup in several of its foods. The biggest offender is Cheerios, which allegedly contains several times the EPA limit for glyphosate, Roundup’s active ingredient.

More lawsuits against other food manufacturers could follow. Testing has revealed high levels of the chemical in Oreo cookies, Doritos tortilla chips and Ritz crackers, among numerous other offenders. This is partially because the agricultural industry has become saturated with “Roundup ready” GMO crops. About 90 percent of all corn and 94 percent of soybeans grown in the U.S. are genetically modified to survive the poison.

The problem doesn’t end there, unfortunately. Monsanto encourages farmers to use its product to kill wheat, barley, oats, canola, flax and legumes about five days before reaping. This apparently increases yield and makes for an easier harvest. If you eat foods containing any of these products, you’re likely consuming small quantities of Roundup along with them.

Some researchers have been investigating a possible connection between glyphosate and celiac disease. They believe the glyphosate in our grains, and not evolutionary changes in our wheat, may be responsible. Celiac is an autoimmune disease caused by an acquired allergy to gluten. It causes diarrhea, nausea and nutritional deficiencies. About five percent of the population currently suffers from it, but many more people suffer from varying degrees of gluten intolerance.

The effects of glyphosate on the gut are remarkably similar to those caused by celiac disease. Glyphosate inhibits the same detoxifying enzyme, cytochrome P450, that affects numerous vital functions, including bile production and vitamin regulation. Glyphosate can also deplete amino acids and chelate important minerals, leading to malabsorption issues. It can have a profound effect on gut flora, reducing numbers of good bacteria while increasing those responsible for inflammation and obesity.

The immune system is imperfect; sometimes it makes mistakes. When a chemical or protein repeatedly triggers irritation in the body, it can lead to an inappropriate immune response. When glyphosate attaches itself to gluten, the immune system may become confused as to which of the two is the actual irritant.

Studies have shown glyphosate can disrupt the endocrine system and affect estrogen levels. This can increase the risk of developing certain types of breast cancer. When combined with the plant estrogens found in soy, glyphosate’s effects on estrogen levels may increase.

Roundup may also cause non-Hodgkin’s lymphoma. A California court recently awarded a school groundskeeper $39.25 million after determining regular exposure to the weed killer had caused his cancer. Numerous other people have also come forward, claiming Roundup has made them ill as well.

The Environmental Protections Agency (EPA) has repeatedly insisted glyphosate is safe for home and commercial use, but the World Health Organization (WHO) disagrees. Some allegations have surfaced that Monsanto has made efforts to manipulate regulation and “kill” outside investigations into its toxicity. Even more concerning, the company may have even had ghostwriters publish studies claiming it was safe. Monsanto denies these allegations.

Roundup might be ruining all your favorite foods, but you still have a choice in what you put into your body. Buy from trusted sources or, even better, start a garden and grow your own food whenever possible. Write cereal and snack manufacturers and demand they offer organic options. You and your family deserve wholesome, healthy food, so do what you can to make sure that’s what you’re really getting. 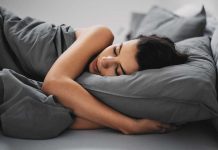