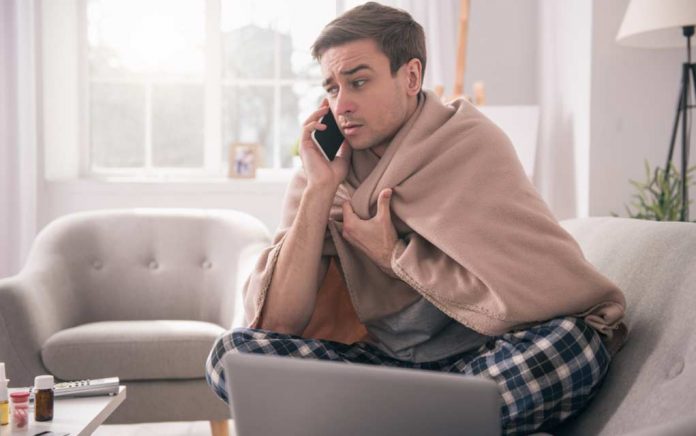 [REVEALED] How Taking a Sick Day Impacts Your Health — Is Calling in Sick the Right Choice for YOU???

(AscendHealthy.com) – Staying healthy during cold and flu season can be a feat for even the healthiest of us. So to stay in the best possible health, you might need to admit when you’re sick. That may sound like a contradiction in terms, but recent research has shown that staying home from work when you’re feeling ill could be a key to staying healthy in the future.

There is Always Pressure to Go to Work, Even When Sick

Calling in sick is frowned upon in many companies. Whether it’s because workplaces are short-staffed or bosses doubt people are feeling poorly, calling in sick too often could even result in a job loss. The pressure to go to work when sick is high, but there are times when you should ignore it and stay home.

And if you’re a boss, you already realize the potential economic and productivity impacts that ill employees might have in the working environment. They should be at home, so they can recover and come back to work without infecting others. Limits on sick days are understandable, but employees shouldn’t be afraid to take one or two of them when needed.

A study published in the Journal of Epidemiology & Community Health found that people who went to work while sick at least six times during the previous year had a 74 percent increase in the need for an extended sick leave over the following 18 month time period. That extended leave was at least two weeks, which is longer, on average, than they would have taken if they had called in sick for a day or two during their original illnesses and created a greater impact on both the employer and employer.

To reduce the chances of increased illness, if you do have to work when you’re sick, consider taking extra care of yourself during non-working hours. Eating chicken soup, getting extra sleep, and choosing healthy options instead of junk foods or comfort foods may help you recover faster. These strategies may help if you’re battling a cold. But if you have a serious illness, taking sick days might be a better and safer choice for the immediate future and your long-term health.

While researchers in the Journal of Epidemiology & Community Health study can’t correlate with certainty why people who don’t call in sick to work end up having more trouble later, they speculate that it comes from not taking enough time off to recuperate from illness. Because of the lack of rest and healing time, the body becomes run down. Eventually, the immune system can’t keep up, and a small illness turns into a much bigger issue.

Increased sickness might also come from the stress of having to work while sick, and from worrying about whether taking sick days will harm your career prospects and chances for advancement. When workers are allowed to take sick days as needed, businesses are healthier. Co-workers, managers, customers, and others who interact with them are better able to manage their own health because of the courtesy of people who don’t come to work when they’re sick.

What Can Be Done to Reduce the Problem?

While researchers aren’t advocating abuse or overuse of sick days, they agree that it’s best to stay home if you’re ill. People who are under the weather need to care for themselves and get additional rest, which may be difficult or impossible to do if they must get up and go to work every day. If you’re sick and can take a sick day (or two), you should.

By staying home, you’ll reduce the chances of spreading germs to your coworkers, and allow yourself to heal so you don’t end up dealing with more serious issues in the future. Some companies have better sick day policies than others, but your health and well-being are important.

Many of us tend to deprioritize taking care of ourselves. Reevaluate and give yourself careful consideration if you’re feeling poorly. You may need that sick day to stay healthier in the long run.