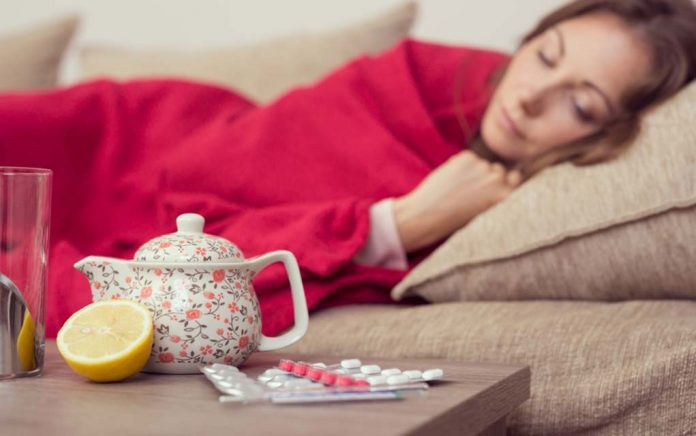 (AscendHealthy.com) –  Adenovirus infections haven’t made many major headlines, but they can cause symptoms that are strikingly similar to other upper respiratory infections and may even be confused for the flu. In people with compromised immune systems, adenoviruses can be just as deadly.

They aren’t always easy to identify, but adenoviruses do have a few subtle differences that may help differentiate them from the flu and similar infections. Here are a few clues that might help.

There are over 70 strains of adenovirus capable of causing disease in humans. Most of the strains only cause mild, self-limiting illnesses, but types 3 and 7 can create deadly infections in children and adults with compromised immune systems. Type 7 is responsible for about 20% of all adenovirus infections, and it’s also likely the most dangerous.

As with other serious upper respiratory infections, severe manifestations of this virus can cause acute respiratory distress, respiratory failure, nervous system involvement and inflammation of the heart. Some patients may require a ventilator for oxygen, and about 50% of children who develop severe forms of this disease die. Adenovirus can be especially dangerous in group homes and similar settings, where moderate numbers of potentially immunocompromised people are all living in close proximity.

Telling Adenovirus From the Flu

People who are sick might assume they have the flu, but they could have type-7 adenovirus. Here are a few considerations, according to the CDC, that may help sufferers tell the infections apart:

Regardless of the similarities or differences an infection might have to others like it, pinning down the cause may not be as important as getting to the doctor and keeping symptoms from spiraling out of control.

We have a few nasty viruses to watch out for this upcoming cold and flu season, but the same distancing measures we’ve used before can also help keep us safe from adenovirus and other harmful infections. Practice regular handwashing, especially after touching common surfaces, and keep a comfortable distance from anyone who’s coughing or sneezing. Adenovirus and other threats are out there, so each of us needs to take precautions every time we set foot out in public.