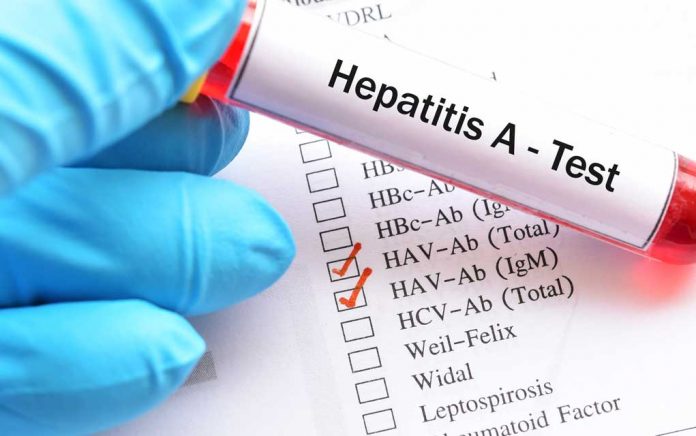 The CDC recently announced news of widespread hepatitis A outbreaks across the country. The illness, which can spread quickly in certain populations, has been reported in 22 states. We have the info you need to protect yourself and your loved ones from this potentially deadly threat.

At least 17,000 Americans have contracted hepatitis A over the past three years. About one in every 1,000 people who catch it will die of acute liver failure. People with chronic liver diseases and impaired immune systems are at the highest risk of developing serious complications.

The infection generally runs its course within two months, although it lingers in some people for as long as six months. Most cases present with fatigue, fever, appetite loss, nausea and vomiting, joint pain, and jaundice. Children under six may not show any symptoms, but they can still carry and transmit the disease.

Hepatitis A can be passed through intimate physical contact. It can also spread through infected blood and fecal matter, which can contaminate surfaces and food. Past outbreaks, the largest occurring between 2012-2013 and 2015-2016, have mainly resulted from people eating contaminated imported produce.

This most recent outbreak has spread mainly through dirty intravenous needles and high-risk intimate activities. The West Virginia Office of Epidemiology and Prevention reported that almost 70% of its cases — at least 2515 since 2019 — have been drug addicts. Many are also homeless or recently incarcerated, and over 55% of them are coinfected with hepatitis C. West Virginia is one of nine states, plus Washington D.C., that has seen an estimated 500% increase in hepatitis A infections over the past two years, with the largest driving factor being drug use.

Even if you don’t use drugs or engage in high-risk intimate interactions, you can still catch hepatitis A by eating contaminated food. Protect yourself from foodborne sources by being careful about where your produce is coming from. Washing fruits and vegetables doesn’t guarantee they’ll be any safer, as many can absorb the virus, so stay on top of current food recalls in case of foodborne outbreaks.

You can also catch hepatitis A by taking care of, or spending a lot of time around, someone who’s infected. Casual contact is generally safe, but just one missed handwashing after a trip to the bathroom is all it takes for someone to spread the virus, which can survive for months outside the body. If you cannot avoid contact with an infected person, wash your hands frequently and disinfect all potentially contaminated surfaces.

The best way to protect yourself from catching hepatitis A is to get vaccinated. One dose of the vaccine is 95-97% effective against the virus, and two doses will cover you 100%. The CDC recommends all people in high-risk groups seek vaccination.

The rising tide of hepatitis A might leave some populations at risk, but you can protect yourself and your family. Be safe around high-risk people and be picky about your produce sources. Better yet, get vaccinated and avoid the risk altogether.