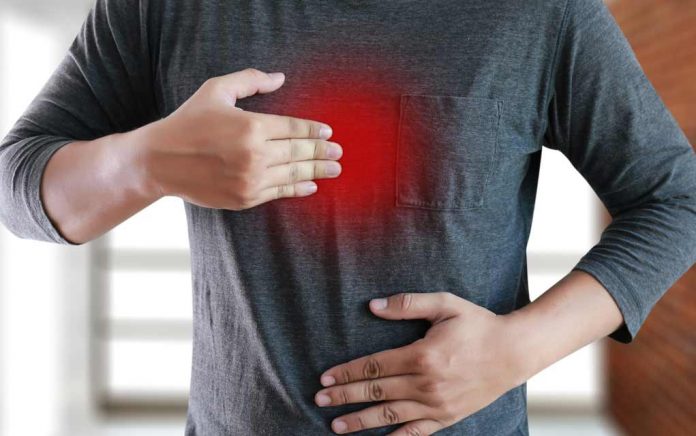 You’ve been gasping for breath, battling a cough that gets worse at night time — in fact, sometimes you even wake up choking. Or perhaps your voice often goes hoarse, and you can barely swallow anything, even though exams for strep throat and tonsillitis repeatedly come back negative. Your doctor blames GERD, but heartburn meds barely touch your symptoms. That’s because the problem might actually be laryngopharyngeal reflux, more commonly known as LPR.

Quick Read:
LPR can easily be overlooked or misdiagnosed because its symptoms mimic other conditions. Doctors may assume your reflux symptoms stem from GERD, but asthma, allergies and tonsillitis may also shoulder some of the blame. To make things even more confusing, you can have GERD and LPR at the same time, so it can be difficult to determine which condition triggers your symptoms. If GERD treatment isn’t helping your symptoms, ask your doctor if LPR might be the culprit.

Before You Blame GERD or Asthma for Your Symptoms, Read This.

Laryngopharyngeal reflux, or LPR for short, is sometimes called “silent reflux.” That’s because it causes acid reflux, but its symptoms aren’t always as obvious as GERD symptoms. GERD may cause heartburn and regurgitation from acid reflux, but the same issue can cause breathing difficulties, hoarseness or throat pain in someone with LPR.

When you chug a beverage or chow down on a meal, your throat sends the contents to your stomach via your throat and esophagus. Once the contents arrive, your stomach produces digestive liquids so it can break down the food and send it through your intestines. Well, at least that’s what it’s supposed to do. LPR occurs when stomach acid rises up into your throat instead of staying where it belongs.

What Are Some Common Symptoms of LPR?

As with GERD, you may notice some belching, heartburn or regurgitation with LPR. However, you may also experience upper respiratory problems, such as breathing issues or coughing. You may also cough up mucus or feel like you need to constantly clear your throat. Sometimes LPR even causes a choking sensation.

Left untreated, these symptoms may eventually lead to serious changes in the esophageal lining known as Barrett’s esophagus. Over time, this condition can evolve into cancer.

LPR can stem from lifestyle choices and dietary habits. If you are overweight, you may be at risk for LPR. Caffeine, chocolate, spicy foods and heavy alcohol consumption can aggravate the symptoms of LPR. Wearing tight clothing can also worsen symptoms.

Talk to your doctor if you suspect you have LPR, even if you already take prescription medication for GERD or a similar condition. Doctors use some of the same medications for GERD and LPR, but they are sometimes prescribed for different dosage schedules. LPR often produces less acid than GERD, yet patients often need a higher dosage of reflux medication to reduce symptoms.

Your doctor may also recommend lifestyle changes, such as waiting a few hours after eating to lay down or avoiding heavy meals. You may also need to wear looser clothes and reduce your intake of citrus fruits and tomatoes.

Don’t get discouraged if your GERD symptoms don’t react to treatment. Ask your doctor about LPR, and you may get the relief you’ve been wanting. 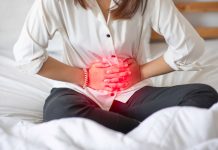 Everything You Need to Know About UTIs

Is It COVID, a Cold or the Flu? How to Tell the Difference 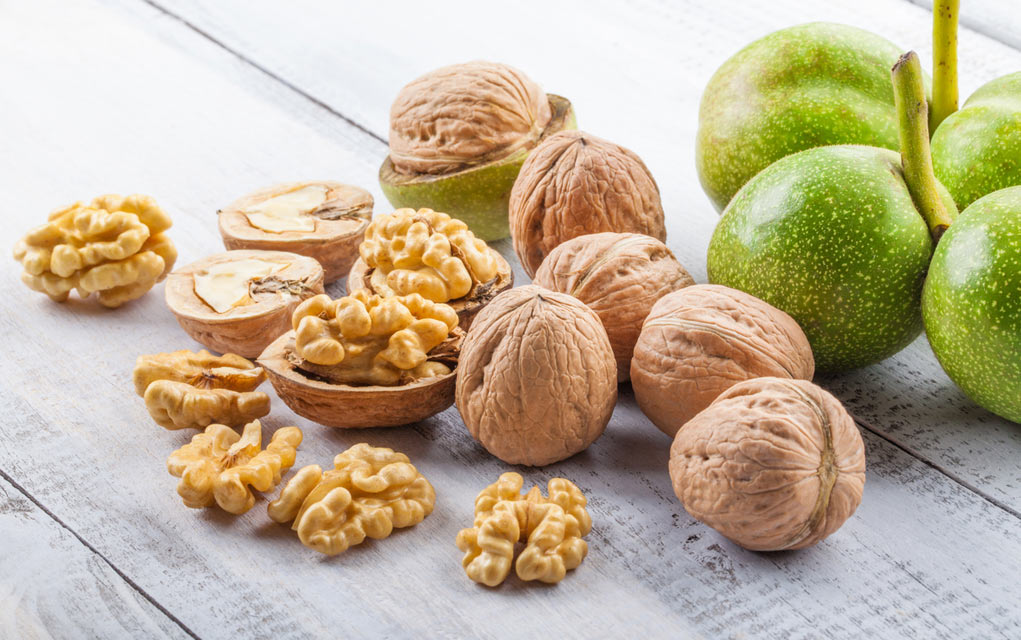 Could Your Stomach Pill Be Making You Ill?

The Summer Veggie That Needs to Be in Every Diet

Thousands of years of breeding have not been kind to doggy joints … but there is a solution. How do you know if your dog is suffering? They can’t exactly tell you where it hurts, but there are important signs of pain you should look for. Does your dog display any of these painful symptoms?.....

4 Signs Your Dog is Suffering from Joint Pain

Why do some people seem to “Have it All” and others continue to work hard just to feel stuck in the mud? It turns out there’s a scientific reason. At an early age, we tried all sorts of things to get what we want. Some of us learned one way, some learned another. It’s been scientifically proven that people.....

Can You Really Have It All?

For thousands of years, researchers have studied the remarkable relationship between numbers and life events. They call it numerology and millions of people all over the world look for insights and life predictions from numbers starting with their own name and birth date. Can Numerology really decode your destiny? Experts say that numerology can reveal.....

What Your Birthdate Really Says About You 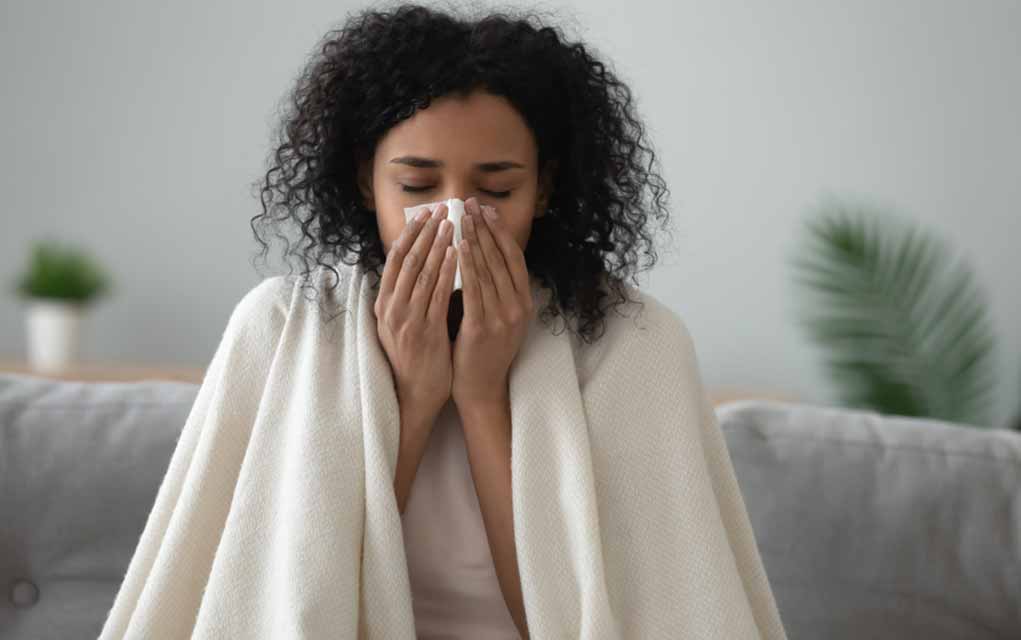 (AscendHealthy.com) – Not all coughs and sneezes are the same, although it might be impossible to tell one bug from another at first glance. There’s a huge overlap in symptoms, which can complicate diagnosis, but these infections do also have a few subtle differences. Here’s how to tell them apart. Quick Read: Because of the […]

Is It COVID, a Cold or the Flu? How to Tell the Difference

(AscendHealthy.com) – No matter what time of the year, the environment can be brutal on your lungs. Whether it’s allergies, a medical issue or being exposed to harmful toxins, cleansing and strengthening the lungs is important. If you’re at risk for COVID-19 or in the path of a wildfire, you need to learn now how […]

(AscendHealthy.com) – Good mental health can be a serious balancing act. Staying grounded and level headed isn’t always easy, especially when the rest of the world seems to be falling apart. It’s possible, though, and we have a handful of strategies that might help. Try these tips to improve your mental health. Quick Read: Good […]

7 Things You Can Do for Your Mental Health