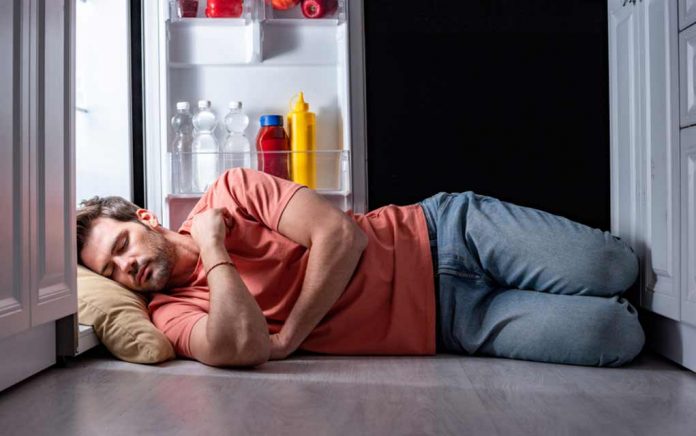 FACT or FICTION: Does Turkey REALLY Make You Sleepy? Experts Weigh In

(AscendHealthy.com) – We’ve all been there, sitting in a food coma after that big turkey dinner, wanting nothing more than to crash on the spot and stay there until morning. Ask what’s behind the sudden sleepiness, and most people will tell you it’s the tryptophan content in the turkey. But does turkey really make you sleepy? Let’s take a look at the source of that post-Thanksgiving fatigue.

The Tryptophan and Melatonin Link

Tryptophan is an amino acid the body uses to produce certain proteins, or biological building blocks. Along with tyrosine, another amino acid found in many meats, tryptophan supplies the body with what it needs to make neurochemicals like serotonin, dopamine and melatonin — one of the brain chemicals that makes people sleepy. In theory, consuming larger quantities of tryptophan and tyrosine should increase the production of this sleep-inducing chemical.

There’s just one problem: According to Scientific American, the amino acids we consume can compete with one another for access to the brain, which is where they need to go to get converted into the right proteins and chemicals. Turkey contains numerous amino acids, tryptophan being the least among them, so consuming large amounts merely increases the other building blocks in competition with it. As a result, all that tryptophan becomes even less accessible.

So, What Actually Causes the “Thanksgiving Crash”?

It’s more likely that all those carbs we consume alongside our turkey are responsible for the crash. Think about it: Most of us snack on chips and other convenience foods until dinner when we pile our plates high with stuffing, mashed potatoes, dinner rolls and pumpkin pie. That’s a lot of carbs, which can cause blood sugar and insulin levels to fluctuate; studies on people with diabetes have shown how profoundly blood sugar can affect energy levels.

Alcohol may be another factor. In healthy people who don’t abuse it, alcohol can cause drowsiness and even induce sleep. Thanksgiving and other big turkey dinners often include alcohol consumption, sometimes in liberal amounts. Combined with the heavy carbs and large serving sizes, alcohol could be a defining factor in many cases of post-feast fatigue.

That huge turkey dinner really could be making you sleepy, but it’s probably not the turkey. Regardless of the effects, be sure to savor and appreciate every bite. Lose yourself in the good company. That’s what the season’s all about. The last few years have been tough, but there’s still much to be thankful for.