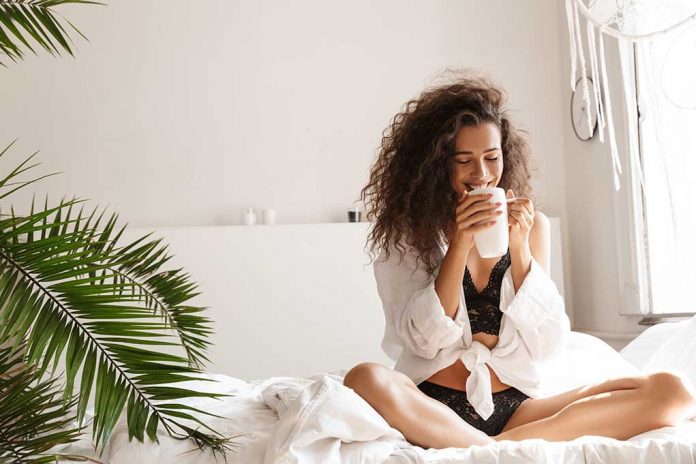 (AscendHealthy.com) – Taking a power nap can help us feel refreshed enough to tackle the rest of the day. For some of us, napping isn’t always easy and it might not provide the burst of energy we’re hoping for. But choosing the right beverage before hitting the hay can enhance our slumber and make those cat naps more valuable.

The Science Behind Coffee and Napping

Both caffeine and sleep affect the brain’s alertness level. With a combination of the two, people can benefit from a quirk to increase alertness after a nap. Caffeine is absorbed in the small intestine, goes into the bloodstream, and crosses into the brain. Adenosine normally fills the receptors where caffeine heads after crossing into the brain. This byproduct of the brain’s activity makes people feel tired, but if caffeine blocks the receptors, the adenosine can’t get there to cause sleepiness.

Caffeine isn’t going into every receptor, but it will fill up some of them. When people sleep, their brain naturally clears out adenosine. Taking a 20-minute nap right after consuming coffee means less adenosine to compete with the caffeine. Plus, it takes around 20 minutes for the caffeine to make its way to the brain. By the time it gets there, it won’t have as much competition for the receptors. Waking at that time can increase alertness levels.

What About Sleeping Longer?

Sleeping longer doesn’t work as well because it leads to a deeper type of sleep, making it harder to wake. More sleep may lead to feeling groggy or tired instead of alert upon waking. The effects of caffeine also don’t stick around forever, so sleeping through them means there’s no alertness boost after waking up. Plus, it can be hard to sleep deeply or soundly after consuming caffeine, which may contribute to poor sleep, even if it’s for a longer time.

Several different studies show how the caffeine and napping connection benefit people by making them more alert. One study showed better driving simulator results for participants who took a coffee nap than for those who only had coffee or only had a nap. Even if they couldn’t sleep and just dozed or rested for 15 minutes, their results were still better.

The same type of benefit was seen in another study that dealt with memory tests. Those who took a coffee nap had better memory recall than those who only napped or only consumed caffeine. Even when participants washed their faces after a nap or were exposed to bright lights, they still performed worse than those who had a coffee nap.

The Right Way to Take a Coffee Nap

It’s easy to take a coffee nap. First, drink coffee. Avoid tea or other caffeinated beverages because they typically have far less caffeine than coffee. Drink it quickly, and then immediately try to sleep. If sleep isn’t possible, resting and dozing can also be beneficial. The tranquil, half-asleep stage is generally enough to produce results. Waking within 20 minutes is important, so set an alarm just to be safe.

While a coffee nap may not stop you from being tired or struggling with alertness, there’s enough scientific evidence to show it has benefits. The next time that tired feeling shows up in the middle of the day or you need to power through something, try taking a coffee nap. It can’t hurt, and it just may create a better level of alertness for the task ahead.